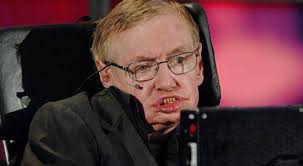 Stephen William Hawking was born on 8th January and was an English theoretical physicist, cosmologist,author and Director of Research at the Center for Theoretical Cosmology within the University of Cambridge. He was diagnosed with motor neuron disease in around 22 years, he fell into a depression- though his doctor advised that he could continue with studies ,but he had no point on it. He married Jane Wild and after that it was Elaine Mason he had three children they were Lucy, Robert and Timothy.

Hawking was known for his Hawking Radiation,Pen-rose-Hawking theorems,Gibbons-hawking-space and many more.He worked in the field of general relativity Quantum gravity. He proposed a thesis on The Properties of Expanding Universes in the year 1966.He has got many awards more than 10 of them some were Adams Prize in 1966,Maxwell medal and prize in 1976, Wolf prize in 1987 and many more…Hawking has also written many books for children as well ,like “George’s Secret Key to The Universe”.

The human cosmos of science has said “the greatest enemy of knowledge is not ignorance ,it is the illusion of knowledge “, “Intelligence is the ability to adapt change” so let us adapt and enact like Hawking.Born in Oxford on January 8 1942 – 300 years after the death of astronomer Galileo Galilei -Professor Hawking grew up in St Albans, Hertfordshire. After being diagnosed with a rare form of motor neuron disease – amyotrophic lateral sclerosis (ALS) – at the age of 22, Hawking was given just a few years to live but he made the whole world look upon him.

let the great one’s soul rest in peace and guide the budding ones for making the world great!!