Is spider an insect? Why or Why Not?

Both insects and spiders are small animals. They are invertebrates. 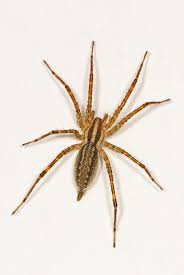